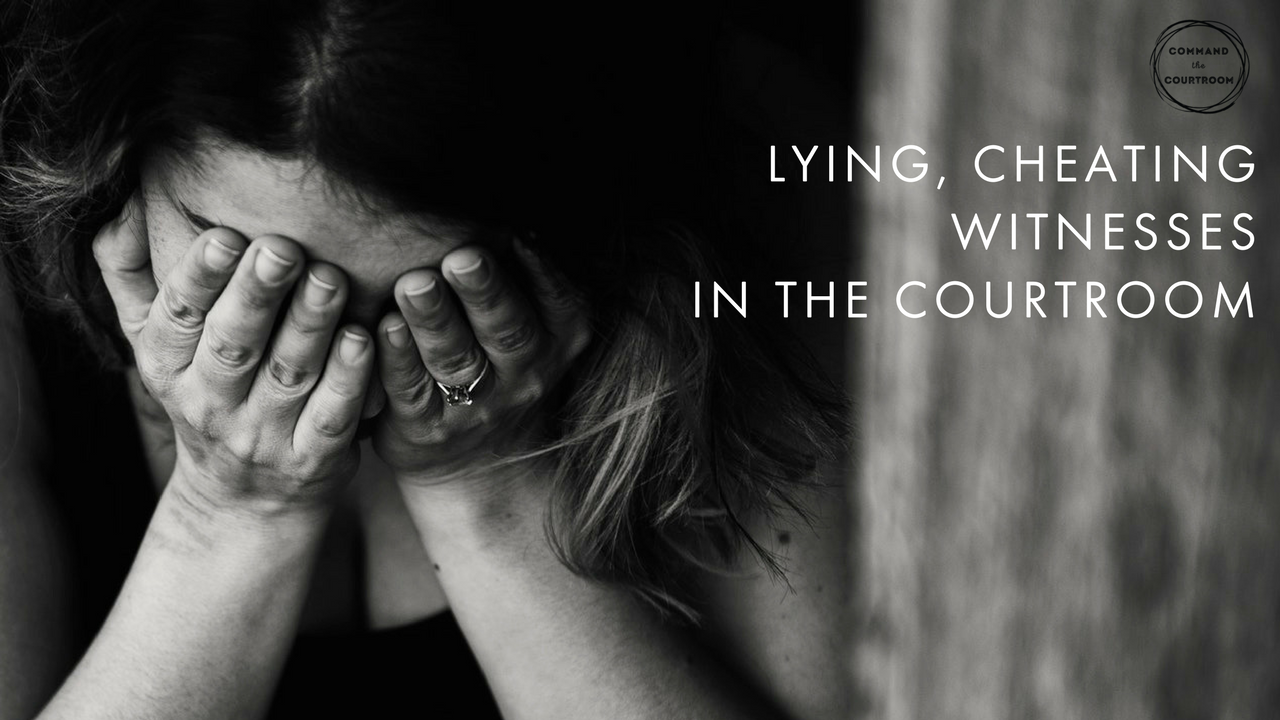 It might seem like common sense advice ("don't lie"), but I just finished a custody trial where the opposing party (a law enforcement officer) was subjected to an internal affairs investigation at work - for lying. When she got on the stand, that's the first thing I cross-examined her about. Guess what? She denied that she lied during the internal affairs investigation. (So she lied about lying while in the courtroom. Really?!)

At that point, I was able to kick the door in about her being a lying, cheating witness. I presented her with the 300 pages of documents from the internal affairs investigation. Using the "Three 'C's'" of cross-examination, I methodically destroyed her credibility. She fell apart. Game over.

If she had been my client, I would've advised her to admit to lying during the internal affairs investigation. I would've had her testify to the fact that it was a mistake, she was immature, she learned a lesson from the experience, blah, blah, blah. In my opinion, by talking about what she had learned, she would have rehabilitated herself and not lost all credibility in the eyes of the judge.

My friend, when you're on the stand at court heed this advice:

Your credibility is your believability as a witness. Will you be a lying, cheating witness or will you be one whose testimony the judge can rely upon?

Your judge is going to make decisions based upon the believability of the witnesses in your case (including, but not limited to you and your ex). In choosing how much weight to give a witness' testimony, a judge will consider a person's manner while testifying, his/her memory, the ability to give specifics about a situation, bias/prejudice, interest in the outcome, the reasonableness of the testimony based on other evidence, and whether there is other evidence which is inconsistent with the testimony. A judge can believe all, some or none of your (or your witnesses') testimony.

There are a ton of strategies that go into preparing testimony so it's credible. (Check out some of "Command the Courtroom's" videos for more info on trial strategy.) The absolute easiest strategy though, is to tell the truth, ESPECIALLY in the courtroom. Seriously. If you get caught lying, you will lose all credibility which could cause you to lose your position when it comes to keeping your kids.

Don't lie on the stand. I'm begging you. Please.